The ultra-competitive world of mobile game development leaves many game developers in the red. Less than 1% of mobile game players contribute 48% of revenue to game publishers. With the rise of the Freemium model, many feel paid apps are essentially dead. Without a price to download, app publishers can no longer rely on a single method of monetization.

Here are some of the best methods for mobile game monetization:

Segmentation, the division of profit streams, is key to any mobile game monetization plan. By understanding the many different ways in which one can create a revenue stream out of their game, developers are able to tactically decide which streams they want to pursue and how they want to pursue them.

App monetization revenues stem from three major categories: in-app purchases, subscription-based premium upgrades, and ad revenue. Highly-successful games can also bring in money through sponsorships, merchandise, and even big-budget Hollywood movies, but the bulk of app developers generate revenue from inside the phone. Experienced mobile game developers give individual attention to their apps, analyze what monetization streams will be the most effective, and design individual strategies for each stream.

Ads and in-app purchases are both great assets to mobile game developers looking to monetize, but what if you could play them off each other to increase both sources of revenue? That’s the idea behind  the rewarded ad format. Games offer its users in-game rewards in exchange for watching full ads. The incentive increases video completion rate as well as ad revenue. By giving users a free in-app purchase, developers are not only able to increase ad revenue, they also preview the premium features, enticing more in-app purchases.

While the rewarded ad format can lead to a surge in both in-app purchases and ad revenue, it still requires strategy. Keeping the audience in mind by ensuring the user will find the ad interesting will increase completion rate. Considering the best time to show the ad also will affect whether the user is frustrated or eager to view the ad. Showing an ad after every level can be overkill and limiting the amount of rewarded ads can help strike a balance between user experience and monetization.

The popular Freemium monetization method entails a free download of the most basic form of the app to entice the user, then offering a price for premium services and features. Freemium apps can also profit through ads, but in order to be considered freemium, they must offer in-app purchases or premium versions for a subscription fee.

Apps like Tinder and Candy Crush have capitalized on acquiring a massive user base then enticing users to make in-app purchases and update to premium accounts. Candy Crush also intelligently uses social to allow users to receive premium features in exchange for sharing with their friends. 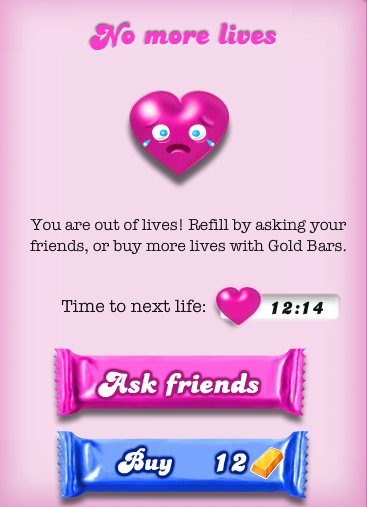 Native ads are advertisements which are designed to match the form and function of their surroundings. Twitter, Facebook, Google, and Instagram all offer native ads and tools to help developers create and customize their ads. Native ad placement increases the chance of engagement by seamlessly blending the design of the ad in with the UI of the app. While many ads stand out in the context of a mobile app, native ads look like they are a part of the app rather than an advertisement. In 2013, Twitter upped their ante on mobile ads with the purchase of MoPub for $350 million.

The debate surrounding the morality of native ads is still ongoing. Some say they are unethical and deceptive, but few argue against the fact that they lead to better customer targeting and enhance content to reach more customers by blending in with surrounding content. The number one rule of native ads is to know your audience. While some will be bothered by the deceptiveness of native ads, if the developer can incorporate relevant content rather than ads for random products, native ads can appear to become more of an enhancement than an interruption.

Here is an example of a native ad by Google’s service AdMob: AdMob Native Ad via The Next Web

Feeder apps are simple games with addicting gameplay which app developers utilize to spread brand awareness. Feeder apps often feature such simple gameplay, in-app purchases and ads would feel intrusive. Instead, push notifications and links in the main menu  redirect users to their company website or another one of their games in iTunes. Many mobile development companies develop a network of feeder apps as a part of their publication and monetization strategy.

By utilizing a well-integrated native ad for the company or the game the developer intends to monetize, developers can turn viral feeder apps into profits. This comprehensive article by Scientific Revenue offers a great example:

ZeptoLab cross-promotes their featured app King of Thieves through their feeder app Cut the Rope.

Succeeding in the world of mobile gaming requires the same intense flare for competition which fuels mobile gamers. Experienced game developers know the stakes and come out swinging, ready to capitalize on every strategy they can to create a revenue stream. With the right combination of smarts, app development, promotion and strategy, mobile game monetization can rake in the big bucks.

For help with your next monetization strategy, contact Mystic Media today by clicking here or by phone at 801.994.6815