Web3 has become an increasingly popular buzzword in tech circles. While some are fervent believers in its potential to change the internet as we know it, others are skeptical it holds the future. Still others have no clue what it is—and rightfully so. Web3 entails a set of online principles with potentially mammoth ramifications, but one of the major questions surrounding it is how will these principles take hold? Web3 could manifest in a variety of ways.

This week, we delve into how it may change the internet as we know it. 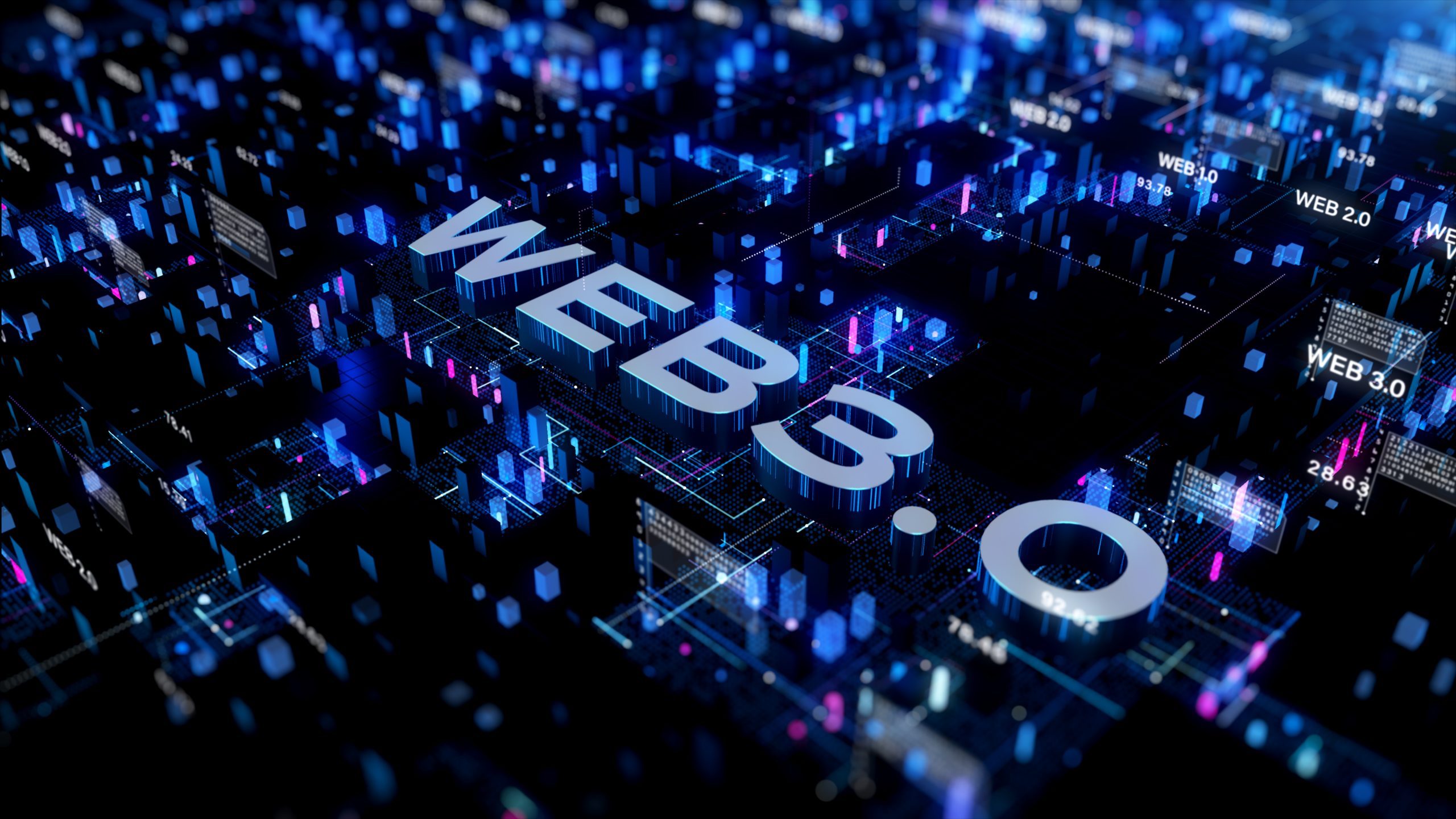 To answer this question, first we’ll explain the Web1 and Web2.

Tech conglomerates naturally turned Web2 into an era of centralization. Meta owns three of the four biggest social apps in the world. YouTube, the fourth biggest social network, is owned by Google, which accounts for around 90% of internet searches. Many question the ethics behind so much data in the hands of so few behemoths. Some have gone so far as to question whether the combination of big data and AI could diminish our capacity for free will, while other research shows that the targeted ad economy does not add much value and may in fact be a bubble.

In the face of these prescient concerns, the main thing that separates Web3 is the concept of decentralization. 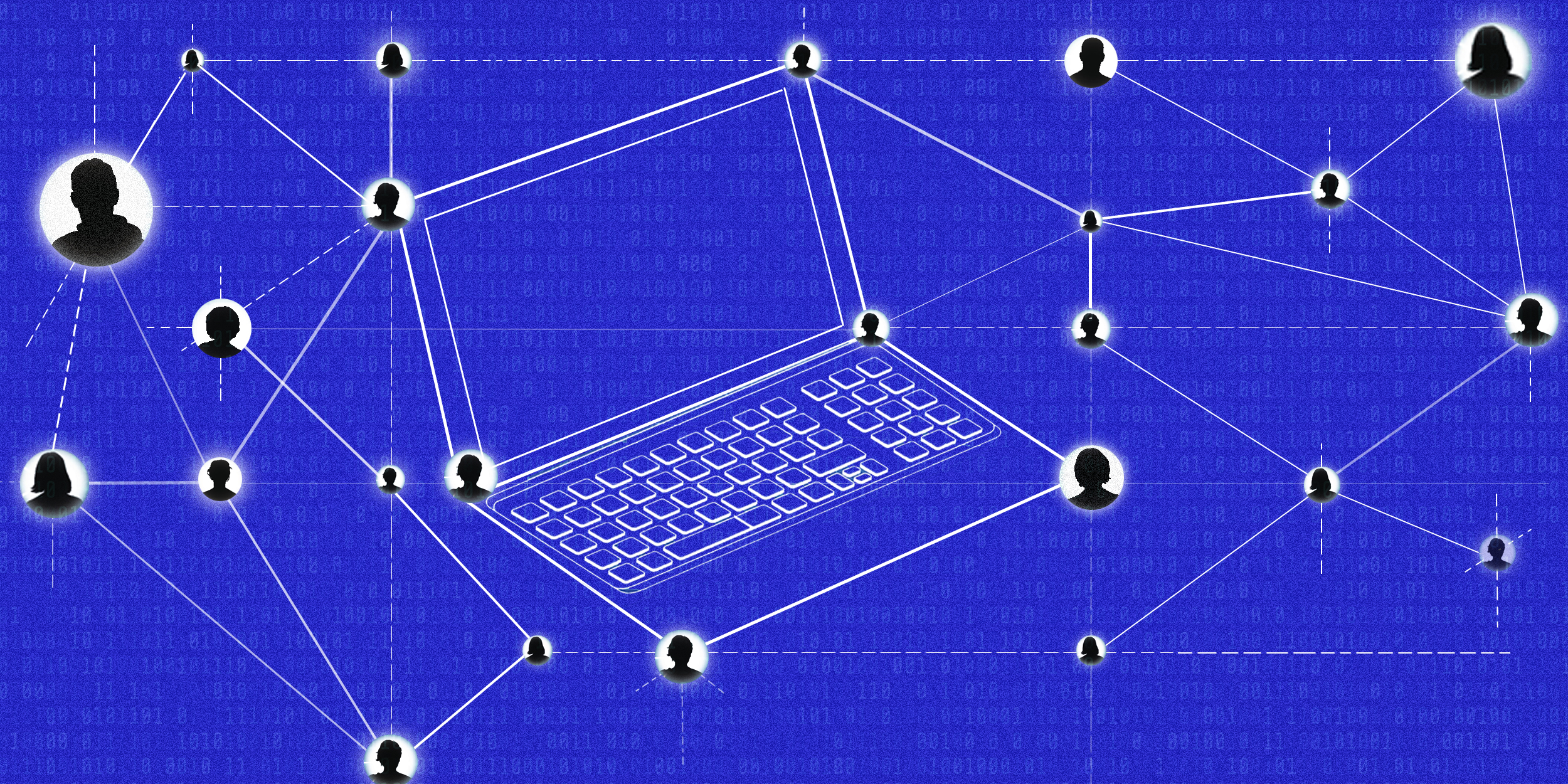 One of the main principles of Web3 is that it employs blockchain technology to decentralize data ownership and, in the words of Packy McCormick who helped popularize the term Web3, an “internet owned by the builders and users, orchestrated with tokens.”

The concept of digital decentralization gained massive traction since Satoshi Nakamoto created Bitcoin using the blockchain in 2009. Cryptocurrency has since become a household name and blockchain technology is finding adoption in a multitude of ways.

In Web3, centralized corporate platforms will be replaced with open protocols and community run networks, enabling the open infrastructure of Web1 with the user-participation of Web2. Everything is decentralized using the blockchain. Decentralization means that a distributed ledger manages financial transactions rather than a single server.

When going to a major social network like Instagram, rather than giving their data away for free, users could monetize their data and receive cryptocurrency for creating interesting posts. Users could buy stakes in up-and-coming artists to become patrons in exchange for a percentage of their royalties. Axie Infinity is a popular Web3 video game which uses NFTs and Ethereum to reward users for achieving in-game objectives. Games with real-life rewards are known as Play to Earn or “P2E” games—a major new trend in game design. It follows the overall goal of Web3—to put power in the hands of users and creators rather than major corporations. 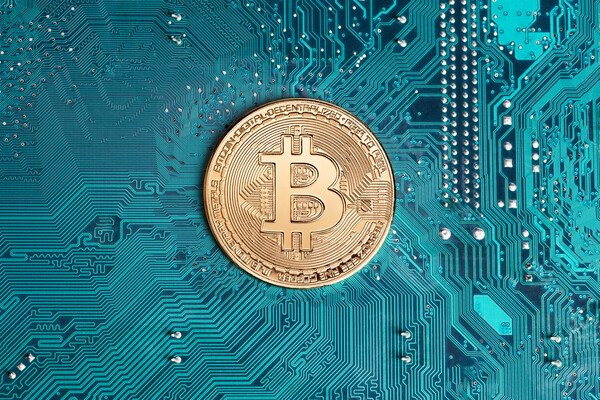 Blockchain technologies enable an economy powered by NFTs and cryptocurrency. Users can use cryptocurrencies like Ethereum to purchase NFT versions of real-life moments, memes, emojis and more. For example, NBA: Top Shot was among the first NFT projects from a major brand. Fans could purchase “moments” in NBA history, such as Jordan’s famous shot in Game 5 of the 1989 NBA playoffs first round, and trade them as if they were trading cards. It creates a community for fans using digital assets.

The digital art contained within NFTs can be copied but original ownership cannot be duplicated. It’s similar to owning an original Picasso—other people may have copies of the same art, but there is only one original.

Bored Ape Yacht Club may be the most successful NFT project—offering access to real-life parties and online spaces in exchange for purchasing their NFTs.

Another blockchain-powered phenomenon is Decentralized Autonomous Organizations or DAOs. DAOs are organizations that raise and spend money, but all decisions are voted on by members and executed using rules encoded in the blockchain. Famously, a DAO recently raised $47 million in a failed attempt to buy a copy of the constitution.

WHAT TYPE OF WEB3 WILL EMERGE?

With so much up in the air, it’s unclear what type of Web3 will emerge. Although decentralization promises to diminish the power of major corporations, these conglomerates still hold such endless resources that it’s hard to imagine them not finding a way to capitalize and maintain relevance.

Remaking the web won’t happen overnight. There are still major technical and regulatory hurdles which need to be overcome before Web3 becomes the golden standard.

Although we can’t predict how all this will shake out and affect your daily online experience, one thing is for sure—the internet is evolving.

While the debate over whether Bitcoin will become the dominant cryptocurrency is far from over, the mechanics behind Bitcoin are unquestionably revolutionary. Blockchain technology has the potential to disrupt more than just currency, but industries ranging from healthcare to Wall Street.

The Blockchain is a secure ledger database shared by all parties participating in an established, distributed network of computers. The Blockchain decentralizes the process of validating transactions, allocating the duties to computers throughout the network.

Blockchain is revolutionary because it eliminates the need for a central authority, allowing for a real-time ledger that is not dependent on a single entity governing the transactions.

Imagine if in order to make changes to a text document, you had to email a colleague who would then update the document on Microsoft Word and send the updated file out to all relevant parties on the team. The updating of information would quickly become an inefficient process that is heavily dependent on the central entity (the colleague). Blockchain posits a workflow that is more like Google Docs in that it allows updates to be made in real time and shared across the network instantly without the need of a central authority. Blockchain enacts this principle by relying on computers within the network to independently validate transactions through cryptography. Thus, the validity of the ledger is determined by the many objective computers on the network rather than a single powerful entity.

The idea of decentralization can also be applied to WhatsApp, the popular messaging app that revolutionized texting and cut the cost of transactions globally. WhatsApp cut out the central authority of phone carrier companies by building the same functionality on a decentralized network (the Internet).

If you’re still confused about Blockchain, check out this awesome video by Wired breaking it down in 2 minutes:

Blockchain has already found usages in many different industries.

Smart contracts have revolutionized the supply chain and threaten to eliminate the use of lawyers for enforcing contracts. Smart contracts and blockchain ensure data security that could also lead to the transferring of voting to an online system, potentially increasing voter turnout significantly.

Within the healthcare industry, Blockchain has the potential to revolutionize data sharing between healthcare providers, resulting in more effective treatments and an overall improved ability for healthcare organizations to offer efficient care. A study from IBM showed that 56% of healthcare executives have a plan to implement a commercial blockchain solution by 2020.

Both within the Healthcare industry and elsewhere, blockchain is redefining supply chain management. Blockchain can provide a distributed ledger that tracks the transfer of goods and raw materials across wide-ranging geographical locations and stages. The public availability of the ledger makes it possible to trace the origin of the product down to the raw material used. For this reason, blockchain has also been applied to track organic produce supply chains.

The boon of the Internet of Things and smart objects means that blockchain technology can be extended to process data and manage smart contracts between individuals and their smart devices or even smart homes. Imagine a world where your refrigerator automatically orders eggs when it senses you are running low based on your egg eating habits. This world will be facilitated by a smart contract run on Blockchain technology embedded in an IoT device.

While the first blockchain was created for Bitcoin, applications for blockchain are constantly being implemented across industries. As Harvard Business Review smartly points out, the question in most industries is not whether blockchain will influence them, but when.

Many different cryptocurrencies are utilizing variations on Blockchain technology in order to process transactions—some of which are doing so in a more efficient manner than Bitcoin. Next week, we’ll explore the top cryptocurrencies on the market right now and which ones your business should accept.

Recently, Bitcoin has flooded the news cycle, rising in value from about 1,000 per bitcoin on January 1st 2017 to upwards of $16,000 as of December 7th 2017. Square, a prominent payment app, recently announced they will pilot a program that allows for Bitcoin trade. With Bitcoin on the rise, the all-important question becomes: Should your app or website accept cryptocurrencies?

Over the next several weeks, we will endeavor on a series of blogs to answer all of the questions necessary to make that decision, including:

In order to explore cryptocurrencies, we must start at the beginning. The first successful cryptocurrency was Bitcoin, created in 2008 by the still unknown inventor Satoshi Nakamoto. While Nakamoto’s identity is still a mystery, the significance of their invention is not. They initially announced it as a “Peer-to-Peer Electronic Cash System”. Past attempts at creating digital currency involved a decentralized system, however, Nakamoto attempted to decentralize the currency by mimicking the technique of Peer-to-Peer file sharing networks.

In order for a payment network to function, there must be a ledger to prevent fraudulent double spending—forged transactions. In the physical world, banks function as the central entity which keeps records about balances. With Bitcoin, Nakamoto created an alternate system. Since the network is decentralized, every entity on the network must have a list with all transactions to check if future transactions are valid. Not only that, there must be an absolute consensus about the records in order for them to become a part of an immutable record of historical transactions known as the “Blockchain”.

Nakamoto set in place a rule that only “miners” can confirm transactions. Miners take transactions, verify them in exchange for a token of cryptocurrency, validate them, and spread them in the network so that every node adds them to the database and the transaction becomes a part of the blockchain. The only way to create a valid Bitcoin is for a miner to complete this function.

Technically, anyone can be a miner. Since there is no central authority to regulate mining and prevent a ruling party from abusing it, Nakamoto set a rule that miners need to invest some of their computing power to the solving of a cryptographic puzzle using the SHA 256 Hash algorithm, in order to verify transactions. Without getting too technical, the miner must complete a cryptographic puzzle in order to build a block and add it to the blockchain, the reward for which is a specific number of Bitcoins depending on the difficulty of the puzzle. Miners compete to solve these problems and the first to solve it and validate the transaction receives the reward. This is part of the consensus that no peer can break.

While the system is complex, the use of the currency is ultimately quite simple. As outlined in BlockGeeks overview, 5 properties separate Bitcoin transactions from other transactions:

Cryptocurrencies often limit the supply of tokens, which is true of Bitcoin. The token supply of Bitcoin decreases in time and will reach its final number sometime around 2140. The monetary supply is controlled by a schedule written in code—in other words, purely through mathematics.

Whereas the statement on your bank account represents a debt owed to you by the bank, Bitcoins are not indicative of debts, they are literal currency with inherent value like a diamond. And the value of that currency has skyrocketed in the past year. Only 10 years after its creation, Bitcoin and cryptocurrencies are currently in an inchoate stage, making it all the more important for intelligent citizens to track their progress and global impact.

Next week, we will review the pros and cons of accepting cryptocurrencies through your app or website. Stay tuned!