How Gamification Can Boost Retention on Any App Part 3: Techniques to Keep Users Coming Back & Increase Retention

The Mystic Media Blog is currently endeavoring on a 3 part series on how gamification mechanics can boost retention on any app—not just gaming apps but utility apps, business apps and more. In this third entry, we explore additional techniques to keep users coming back and increase retention.

Your users have downloaded your app and are acclimated with its features. You’ve perfected your core loop to ensure users can complete meaningful actions in the app on a daily basis. Now the question becomes—how can you retain ongoing usage? The average cost to acquire a mobile app user is $4, yet retention rates can quickly drop from there. Statistics show that a 5% increase in retention can boost profitability by up to 75%.

There are a variety of techniques employed by mobile games that app developers can use in their non-gaming apps to keep users engaged long after the application ends.

INVEST IN THE FUTURE

An optimized application development process requires thinking about how your product can evolve beyond the initial release. Often this is due to schedule and budgetary constraints. It is natural in any creative endeavor to have more ideas than time and money to complete them. However, thinking long-term can be an advantage. New features entice users to continue using the application after download and to allow push notifications for fear of missing out on updates.

Mobile games often have to confront this since the amount of content they offer is finite—a certain amount of levels, achievements, and unlockables which can be completed. Games can offer additional modes and levels to entice users to come back. Similarly, non-gaming apps can offer new content—such as informative blogs, new features, and new product lines.

During the development process, plan out multiple phases and deliver new features and content updates on a regular basis. If you have a blog, host it on your application and keep users coming back for content updates.

Game developers know that “Socializers”, or users who thrive on social interaction, constitute one of the most important Bartle Types. Social features are crucial not only to retaining interest and daily usage of an application, but as a marketing technique to encourage users to engage with one another and spread the word. Once your userbase is established, implementing social features will increase engagement.

Consider implementing the following social features in phase 2 of your application:

Push notifications are integral to every app developers’ retention strategy. They are the most effective vessel for delivering timely reminders and relevant notifications about new features on applications. Users can disallow push notifications at any time, so developers need to pick their spots or risk losing one of their most prized tools.

When developing your push notification strategy, consider the following: 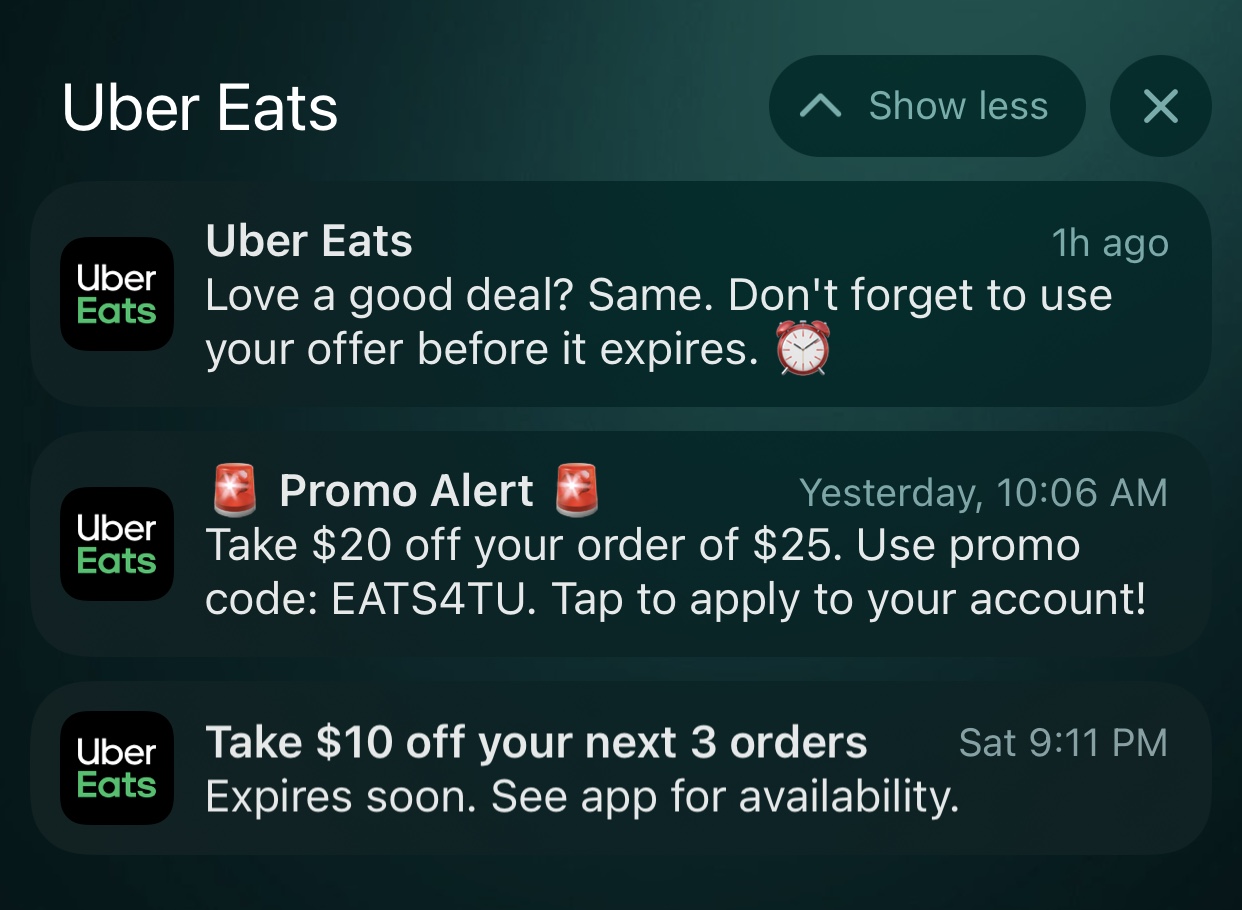 Users are always looking for value and discount—which is why delivery and transportation applications often use push notifications to send discount codes. Shopping apps can also send push notifications which notify users when they have items left in their cart—a timely prompt to finish the purchase can directly lead to revenue.

The app development process does not have to end with an apps initial release into app stores. Rolling out new features to maintain engagement with your audience and bolster your application will result in improved retention.

In an effort to emphasize the importance of App Store Optimization, The Mystic Media Blog is applying its expertise into a six-part series on ASO. In our previous entry: “Boost Your App’s Profile, Increase Downloads and Generate Better Ratings”, we detailed the secondary factors which affect ASO, such as Ratings and Number of Downloads. This week, we will explore how to get featured on the app store landing page.

Intelligent ASO will bring you to the top of search-strings specific to your app’s functionality. However, imagine if rather than having to search, your app was presented to viewers the moment app store users go to the app store. Sounds like a dream scenario, but it’s entirely possible through clever ASO. Both Apple’s App Store and the Google Play App Store feature top-tier applications on their landing pages, as well as in several mini-categories.

The App Store curators are not looking to help developers out by featuring apps. They are looking out for the best interest of their company, which means pleasing the viewer. In order to satiate their customers, they showcase the coolest, most visually-engaging, best executed, most high-tech apps. Developers can take advantage of the curators’ needs by catering to their desires and utilizing the latest iOS and Android features in their apps. App Stores are much more likely to feature an app if it showcases the best features of their product.

Keeping up with the latest technologies is easier said than done in a constantly evolving landscape. With every OS update from both Apple and Android, the capabilities of devices are increased. Curators looking for the most high-tech apps must react to the OS updates and seek out apps which utilize the new technology to feature in the app store. Your app can fill that void. Stay up to date on the latest iOS update by reviewing our recent post Bite the Apple: Maximize iOS 8 to Vanquish Your Competition. Review our Android L Beta Preview: First Impressions of the Latest OS to plan ahead for the forthcoming Android L OS. If you’ve already designed your app, you haven’t missed out. Working the latest technology into an app update can also get the app featured. For example, Apple has been pushing the iCloud for all of their apps as of late. Finding some way of incorporating iCloud into an existing app’s software update would be beneficial for ASO.

In service of ensuring your app retains the look and feel of the most state-of-the-art technology, we recommend investing heavily in the User Interface and User Experience design. Perhaps the most important aspect of any app, poor UI/UX design will both alienate customers and guarantee your exclusion from the app store. Great UI/UX design will charm your customers and make your app look state-of-the-art. The details which go into an app’s gestures and audio make or break an app in the eyes of the critic, while retaining the potential to dazzle an audience. When directing your UX designers, be sure to take into account the branding for device-specific apps. If you’re releasing your app on iOS, review Impervious Appeal: How to Design Jaw-Dropping iOS Apps to make sure the UX design is consistent with Apple UX aesthetics, including “flat design.” The upcoming Android L OS specifically pushes Material Design aesthetics in an effort to distance the look of Android apps from those of iOS. Check out Android’s official Guide to Material Design for Developers to learn more. Impressive UX is debatably the most important aspect of any app, but it’s especially vital in the eyes of app store curators looking to show off the graphics capabilities of their devices.

Check out the screenshots below which detail the process of how Transit, an app which aggregates public transportation information, developed their UX design through multiple drafts. In 2012, Apple announced they would develop their own Maps app to replace Google Maps on iPhones. Instead of creating public transit functionality from scratch, Apple found it cheaper to buy Transit, an already successful app, and utilize its functionality. Now under Apple, Transit’s quest to perfect UX which would seamlessly integrate with Apple’s evolving aesthetics is a great example of aesthetic adaptation and the process of developing UX.

With over 1,000 app submissions per day, standing out in the sea of content within the app store can be a challenge; however, a great app will find its audience if properly marketed. While ASO is vital, it must be only one facet of any app’s marketing campaign. The app store curators react to trends. If an app gets external publicity, they are more likely to feature it. This works against independent developers who generally don’t have the same budget for marketing as they do for app development. Established brands stand a better chance at getting and staying featured. But independent developers can still find their niche. The app store curators are taste-makers looking to please their users by offering the best apps the exposure they need, as if they were curating a critic’s “Best of” list. The curators do not want to give the viewer the most obvious choice, but rather the best-in-class. Thus, a great app can transcend limitations.

Developing multiple native applications catering specifically to both device and OS improves your chances of success in all facets of app design, including ASO. Review Making the Most of your Tablet Design Part 2: Custom Device Design to learn more about the benefits of custom device design. App stores are more likely to feature apps which are available and optimized not just for smartphones, but also for tablets and computers as well. The more app stores on which your app is available, the more places it could get featured. Staggering your launch to start exclusively on one app store can also work toward your advantage because Apple and Google are more likely to feature apps exclusive to the Apple App Store or Google Play App Store respectively.

There are no rules the curators of the app stores must follow. They live in the shadows seeking out the best apps to showcase the full potential of iOS and Android smartphones, tablets, and computers. As we’ve stated before, ASO starts and ends with a great app.

Next week, in Part 5 of our series on ASO, we will detail the differences between the Apple and the Google Play App Stores. Stay tuned!

At Mystic Media, our teams of expert application designers and strategic marketers have the means to effectively both develop and market apps for iOS and Android. Contact us today by clicking here, or by phone at 801.994.6815