Due to the budgetary, software and hardware limitations of mobile games, developers must hook audiences with a well-built game incorporating layers of psychological strategy. The core of any mobile game is the Core Loop. The Core Loop is the main facet of gameplay. It’s the beating heart upon which all progress is precipitated. In sports games, it’s the matches. In Angry Birds, it’s launching the birds to destroy the pigs. In Candy Crush, it’s the levels. The Core Loop is the obstacle that users willingly take on with the intention of overcoming in exchange for a feeling of accomplishment. While retention techniques can reinforce that feeling and can add to the experience, no game can survive a poor Core Loop. In some cases, a great Core Loop doesn’t need any sort of extravagant retention technique. Flappy Bird, which took 3 hours to make, can accrue $50,000 a day in ad revenue purely off the Core Loop.

A good Core Loop for a mobile game generally entails a simple, enjoyable, repetitive action which triggers a reward when executed properly. This reward is something in-game which triggers a dopamine rush for the user. The rewards can be anything from gaining points, getting lives, advancing levels, power-ups, unlocking characters and items, and so forth. These rewards are tiered and the dopamine rush should vary depending on the level of accomplishment. For instance, the main action of Fruit Ninja is slicing fruit. Slicing one fruit triggers a dopamine rush, but clearing a level of fruit triggers a larger dopamine rush, and getting on the high score list triggers yet a larger one, etc. Retention tactics can dictate how these rushes are tiered, but the action which produces the rush is the most important thing: the Core Loop.

Rule number one of the Core Loop for mobile games is to actually loop. After one loop completes, another loop begins. The user completes a level and begins at the next level with their score intact, or they fail to complete the level and begin at the start of the same level with their score reset. Even rewards apps for retail stores rely on Core Loop to hook users. Console games are monetized through retail, so they can craft larger budget, more intimate single-player experiences, but mobile games are generally monetized through the Freemium model, which means ad-revenues will make up the bulk of their profits. Ads come at the end of the Core Loop, so the more loops per user, the better. Thus, mobile developers generally invest in simple but rewarding, well-crafted, repetitive gameplay systems. 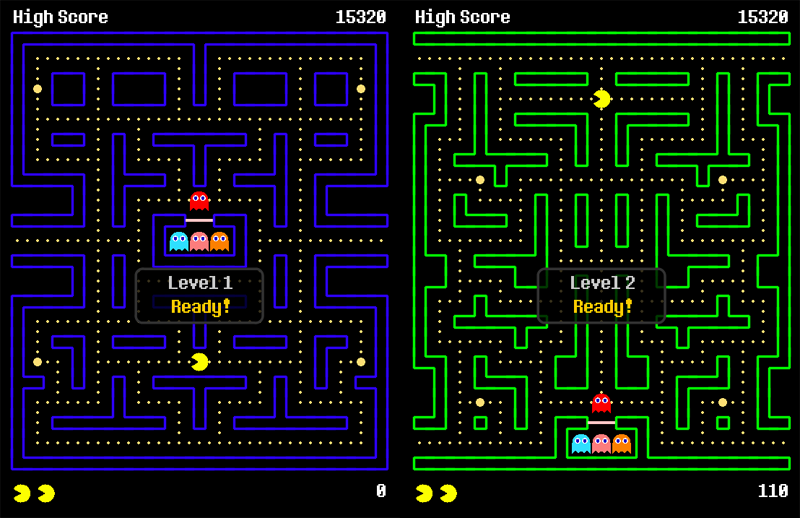 While a Core Loop must loop, it also must instill a sense of progression. If the user doesn’t feel like they’re making progress, they will likely quit. Users want the satisfaction of accomplishment, and both satisfaction and accomplishment require a sense of finality. Arcade games are popular on mobile devices because they thrive on repetition. Level 2 of Pac-Man is not much different from Level 1, but it is different, and that minor difference instills a sense of progression; the sense that a new challenge must be conquered with skills accrued in past gameplay experience. Memories unconsciously become technique. In games like the aforementioned Flappy Bird, the goal is simply to get a high score. There are no levels, but a sense of progression is still built purely through how one’s high score builds. If the high score weren’t displayed, Flappy Bird would still have a Core Loop, but nobody would play it since one couldn’t measure one’s progress. It wouldn’t feel like a game. The beauty of high scores is they represent a single player game with a social release, which is also great for social media promotion.

Session length is a vital aspect of the Core Loop. The Starbucks Test entails that the user should be able to have a meaningful experience with the game in the time it takes the barista to make them coffee. A concise session length will get users coming back often in the empty pockets of their day.

The Dual Loop is an advanced game development technique that can deeply enhance gameplay. At the end of the first loop, the Dual Loop technique offers the user the option to stop their session and enter into a mini-loop which enhances the next loop, which is a continuation of the first. When you play Clash of Clans, you can battle, which is the main loop, but you can also collect resources or build and train your army in between battles. The dual allows the user to add quick 30-second interactions which pass the Starbucks Test and increase their investment in the competition.

One of the best ways to enhance your ability to develop a Core Loop is to play and analyze other games. A well-designed Core Loop can lead to mobile gaming success on minimal budgets, and massive success on larger budgets.