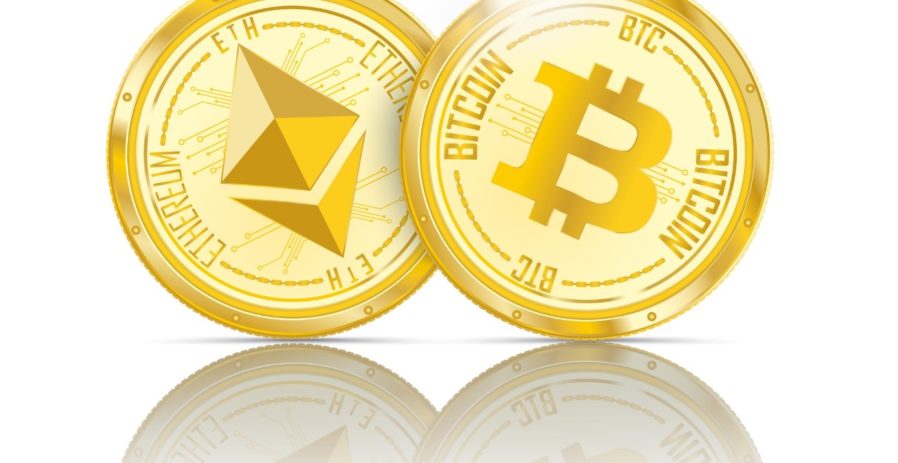 Are you missing out on a once-in-a-lifetime opportunity to get in on a currency that could continue to dramatically increase in value over time?

Whether or not the recent surge in value of Bitcoin is a fluke, many agree the idea of cryptocurrency is here to stay. With physical cash having already taken a backseat to credit cards, does it stand to reason that digital currencies will become more prominent in the years to come? Many people are betting big on the answer to that question being yes.

Here are the major factors to consider in making your decision of whether or not to accept cryptocurrencies:

One of the biggest pros of cryptocurrency is the way in which it protects your business from the risk of fraud. When payments are made through credit cards and PayPal, merchants risk these charges later being reversed if they are deemed a fraudulent purchase. With Bitcoin, payments are irreversible, so the bill for fraud is no longer footed by merchants.

The internet enables the sending of cryptocurrencies overseas to be as easy as sending them across the street. With no central authority to verify transactions, not only do international payments come with no additional cost, they are instant. Cryptocurrencies offer international payments with no extra fees, 0 business days to transfer, and no minimum or maximum transaction amounts, making them an excellent payment option for businesses looking to expand to far-reaching markets.

CHOOSE YOUR OWN TRANSACTION FEES

Instead of paying fees per transaction, cryptocurrencies allow you to pay fees that determine the speed at which money is received. The processing power required to process transactions is distributed across computers on the internet. Network owners make money by allowing merchants and users to use their systems to process transactions. Thus, users can choose their fees based on how fast they require their payments to be sent.

While accepting credit cards online typically requires PCI-Compliance to ensure credit card information is stored safely, cryptocurrencies require businesses to secure their wallets without necessitating the federally-imposed fees that come with processing sensitive information like credit cards. Blockchain technology ensures that cryptocurrencies are secure and that security is cheaper to maintain.

Perhaps the greatest detriment to the cryptocurrency movement is the erratic nature of the value of the currency. Bitcoin is the staple cryptocurrency and with its value fluctuating wildly from day-to-day, most cryptocurrency owners would rather save their Bitcoin in hope that its value continues to spike than spend it on consumer goods.

What’s more, retailers may be afraid of accepting something that could lose value fast. When Square announced it was piloting a program to buy and sell Bitcoin through its app, Bitcoin’s price skyrocketed. If a major retailer like Amazon or Target were to elect to accept Bitcoin at their locations, no doubt Bitcoin’s value would spike once again. Thus, the silver lining of the market volatility is if a retailer does begin to accept it early, they could potentially make a large return on their initial investment.

While there are some risks in accepting cryptocurrencies, there are potentially massive rewards. Becoming an early adopter of major cryptocurrencies when they are low in value is an investment that could pay off big time if the value of the currencies continues to rise. For forward-thinking entrepreneurs who are ready to adapt to their business environment, the decision to accept cryptocurrency is an easy one. As they say: the early bird gets the worm.

One of the major features which defined iOS 8 as a success was Apple Pay. Combined with Touch ID, Apple Pay allows users to make purchases on their iPhone using finger-print scanning technology equipped on iPhone 5 and 6. Apple Pay has aroused its fair share of controversy from the banks, who claim Apple, in addition to Google and Paypal, is infringing on one of their core revenue streams. This post will explore the ins and outs of Apple Pay, it’s potential impact on eCommerce, and what it has to offer your business.

One of the main differences between the two platforms is Apple Pay’s insistence on protecting the user’s private information. “We are not in the business of collecting your data,” said Apple’s Senior Vice President of Internet Software and Services Eddy Cue at the Apple Pay announcement in September. “So when you go to a physical business and use Apple Pay, Apple doesn’t know what you bought, where you bought it, or how much you paid for it. The transaction is between you, the merchant, and your bank.”

When you add a card with Apple Pay, it only stores a portion of your credit card information, along with a device-specific Device Account Number, but all of your personal information is encrypted. Apple Pay demonstrates it’s not only possible to have secure in-store mobile transactions on your iPhone, but  these transactions are actually even more secure than physical ones.

Apple Pay has been expanding rapidly. It launched with the support of McDonalds, Whole Foods, Nike, and Uber. Recently, ten more banks, including SunTrust, TD Bank North, and Commerce Bank all agreed to use the service. Apple says in a recent New York Times article it supports the cards of 90% of the credit card purchase volume in the US.

Statistics on Apple Pay point to staggering potential. According to MarketingLand, in September 2014, 49.7% of online shopping done on a mobile phone was on an iPhone. 81.6% of tablet e-commerce transactions are done on iPads.

So what does Apple Pay mean for eCommerce? For one, it makes secure purchasing easier than ever for consumers. There’s hope that given the increased competition in payment options, retailers could see decreased fees and improved profit margins.

Alex Martins, chief executive of the Orlando Magic, recently said to the New York Times: “One of the biggest pieces of feedback we get from our fans is that the food and beverage lines are too long… It keeps them from going to the concession stand because they don’t want to miss the action. This, and technologies like Apple Pay, will speed up our service.”

Retailers are also hoping for opportunities to team up with Apple Pay for promotions, however, this would require Apple to keep transaction data in their database, which Apple is currently opposed to for security reasons. As the service refines, it seems inevitable there will be exclusive Apple Pay deals and more of an effort to push consumers to utilize the service. The question is whether Apple Pay will eventually be able to take the next step and replace physical credit cards. Only time will tell.

Mystic Media is an app development and strategic marketing firm providing a host of services to clients, from Android and iOS Development, eCommerce, Web Design, and more. Contact us today by clicking here, or by phone at 801.994.6815