Apple recently released the long awaited OS X Yosemite. In Bite the Apple: Maximize iOS 8 to Vanquish Your Competition  and Tilting the Playing Field: iPhone 6 Technology Expands Possibilities for iOS App Developers, we covered  some of the highly-anticipated features in Yosemite, including a host of opportunities for cross-device Continuity. This week, we take an in-depth look at OS X  Yosemite and what it means for developers.

You shouldn’t judge a book by it’s cover, but when it comes to operating systems, aesthetics matter (check out our article Impervious Appeal: How to Design Jaw-Dropping iOS Apps). Yosemite’s UI remains consistent with Apple aesthetics and makes an effort to push the concept of flat design further. It’s even more minimal; the icons are flatter; the windows are more translucent. A great example of the evolution from Mavericks to Yosemite is a comparison between their Calendar icons: 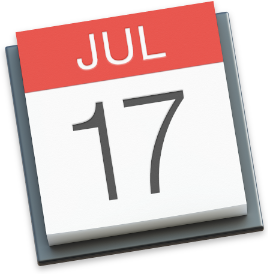 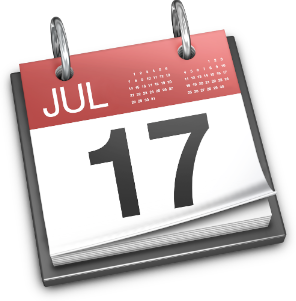 (left is Yosemite, right is Mavericks)

Whereas Mavericks had a more skeuomorphic design on its Calendar icon, Yosemite is flat. The texture seems impossibly smooth. There’s a minor depth and shadow, but no effort to enumerate the pages, nor a two-hole binder holding the pages together. The Yosemite icon represents the calendar as a digital block. The colors are brighter and the text is crisper and more symmetrical throughout the Yosemite UI. The font is an optimized version of Helvetica Neue used throughout Yosemite, a big switch over from Lucida Grande of the past. Developers, take note and utilize these aesthetics to create apps which integrate seamlessly into the Yosemite environment.

iOS 8 and the iPhone 6 arrived with Metal, a graphics layer for iOS development. Yosemite launches with Swift, a multi-paradigm, compiled programming language optimized for iOS 8 and OS X Yosemite app design. Swift has been in development over the past four years and may replace Objective-C as the main language for app design on Apple’s OS X and iOS platforms. Several apps have already been built with Swift, including LinkedIn and Yahoo Weather.

Programmers, learn more about Swift over at The Guardian.

OS X Yosemite begins Apple’s push toward complete device Continuity. The concept of Continuity entails one should be able to switch devices and complete the same tasks on any Apple device without hassle. So if I’m writing an email on my MacBook, I should be able to go into another room and seamlessly finish it on my iPad without having to save or close the message. One of the simpler, but more effective ways in which Apple introduces this concept is allowing users to answer calls on their MacBooks when their phones are within a certain radius.

Handoff is among the most exciting new features of Yosemite and the major aspect of Apple’s push for Continuity. Once you get through the confusing set-up, Handoff proves to be a practical application of the concept. When you’re working on a task on your MacBook, an icon appears on your iPhone/iPad lock screen which allows you to immediately pick up whatever task you were working on using the MacBook without losing a beat. It also works the other way, with the Handoff icon appearing to the left of the Dock on your MacBook when you’re switching over from an iPhone/iPad. With Continuity, devices are constantly communicating to better serve the user. Continuity represents a major advancement designed to get users completely consumed in the world of Apple devices. Although Handoff has its kinks, it effectively executes the Continuity concept and ultimately proves to be the biggest, most exciting advancement in OS X Yosemite.

Overall, OS X Yosemite is a major step forward for Apple products and aesthetics. It retains a cool look, intuitive functionality, and its steps toward complete device Continuity are clearly indicative of technology of the future. Apple has already put together a featured list on their App Store of Great Apps for OS X Yosemite, it will be exciting to see how app developers follow Apple’s lead and take advantage of the latest OS to enhance their apps.

Mystic Media is an app development and marketing firm specializing in both iOS & Android development, and more. Learn more by clicking here or by phone at 801.994.6815.